Cheshire Life interviewed Marcus for a forthcoming article in the magazine (likely to be the June edition) and sent a photographer along to take some pictures of him with the car, suited and booted.Please forgive the cheesy grin! 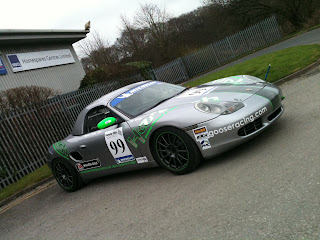 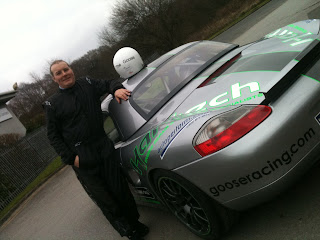 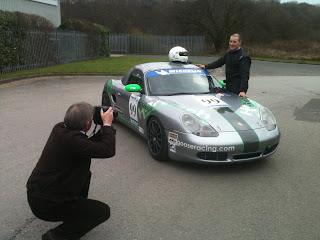 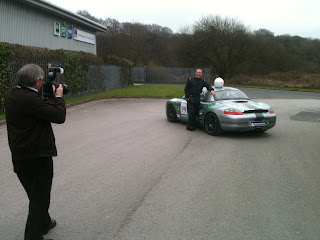 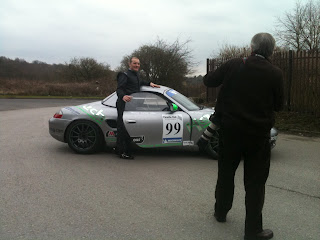 Posted by Marcus Carniel at 10:35 No comments: 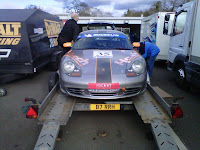 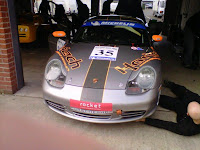 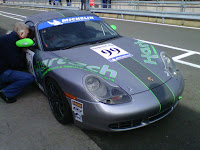 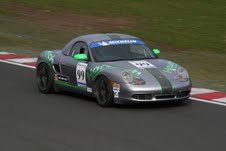 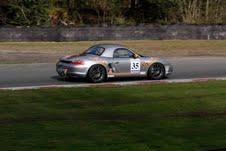 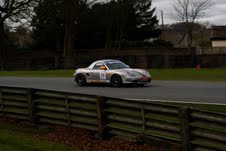 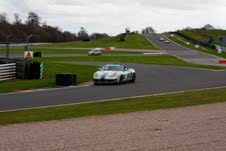 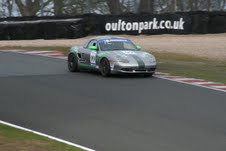 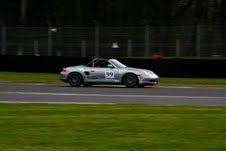 Posted by Marcus Carniel at 10:14 No comments:


Posted by Marcus Carniel at 10:11 No comments:

Posted by Marcus Carniel at 09:49 No comments:

Working as a car dealer at his company www.autoperform.com specialising in sports and prestige vehicles, Marcus’ journey into racing came from starting doing track days in 2003 in whatever suitable cars were in stock, examples being the more potent models from Porsche, BMW, Audi, TVR or Ferrari.  As his driving improved, he found various flaws in using standard road cars on track – typically brakes would overheat for example.  He then bought a Porsche 944 and prepared it specifically for track use with the help of Unit 11 Porsche in Warrington, with the aim of renting it out for tuition too.  When it was having a routine check over one day, Jonny Holland at Unit 11 asked the fateful question “Why don’t you start racing?” followed closely by “I know someone with a car for sale...”.
﻿﻿

This led to the purchase of an established 911 SC race car, which Marcus then campaigned throughout the 2005 season of the Porsche Club Championship.  It was a sticky start though, in his first ever qualifying session he was excluded for being below the minimum weight (he was over what he thought the minimum weight was!) so he had to start his very first race from the back of the grid!  The season quickly improved though, with a podium finish at his second meeting and his first win next time out.  His performance went from strength to strength and by the closing round he was one of just four drivers who could win the championship.  As it turned out he finished 2nd in class and 3rd overall – not bad for his rookie season in a field of experienced, quick drivers.
The 2006 season was similar, finishing 2nd in class at the end of the year, although with more class wins and on one occasion out-classing the whole field (all classes) and putting it on outright pole.  In 2007 the class championship went down to the wire, to be decided in the last race at Brands Hatch.  This barely lasted 30 seconds for Marcus though, as he was hit just after the start and spun heavily into the barrier.  This wrote the car off, sealing his fate as class 2nd yet again, having never been off the podium all season and with 7 wins under his belt, a number only equalled by the class winner, Ben Demetriou.

After this impressive set of wins Marcus had decided to take 2008 off however his ideas soon changed when he discovered that a competitive race car, a 964 variant 911, which runs in class 1, had come up for sale. After the necessary checks it was hastily bought.
﻿ ﻿
﻿﻿

﻿﻿﻿﻿Marcus was then thrown into a new season of racing with a new car and barely a week to perform the necessary checks, let alone become accustomed to the car its self. Against all odds he managed to qualify on the front row on Saturday’s PCGB Oulton round. But as they say more haste less speed. The car was struck with an ABS failure on the second lap of the race preventing him from a win. With the previous problems resolved he went on to do the Silverstone Classic and then Spa-Francorchamps Formula One circuit in Belgium.
The 2008 season reached its pinnacle at the finale in Spa where he came 2nd in race one to then go on and win race 2 ( a commendable achievement particularly in heavy rain). This was Marcus’ first ever outright race win and was a great end to the season.
(Picture to the left )

Marcus celebrating on the top of the podium at Spa, having beaten Ian White (left) and Ben Demetriou.

The car had various work carried out before the 2009 season which overall boosted its performance leading Marcus to come away with respectable results. These amendments meant that not much needed to be done for the 2010 season and he obtained good results. It was luck he was lacking in this season starting at the first meeting at Brands Hatch with unjustified actions of a previous champion (Jez Clarke) not abiding by the rules of the safety car by overtaking. No action was taken by the Clerk of the Course and consequently Marcus finished in 4th position.  This stead of bad luck continued into the Cadwell Park meeting. 2nd place was certain until on the last lap he was shunted heavily from behind spinning him off track and propelling him ...straight into 8th place. He had yet another battle with Clarke at Silverstone with a (everything but accidental) shunt pushing Marcus into 8th place. He managed to regain some time eventually finishing 6th. He then improved further to get his first win of the season in the second race. From here on the season picked up with 2 wins at Castle Combe and another double at Oulton Park.
Posted by Marcus Carniel at 15:12 No comments: