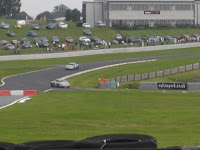 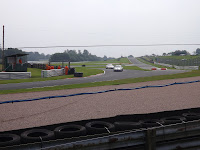 was averaging the same lap times as Ben he was slightly less consistent due to having to defend his position against John Mccullagh. Marcus fought well and managed to pull away but there was no possibility of him catching up the cars in front in the time left. Race one ended with Ben and Marcus in 5th and 6th place not bad with the surrounding competition.
Posted by Marcus Carniel at 11:13