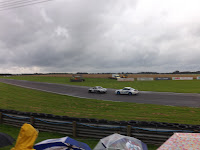 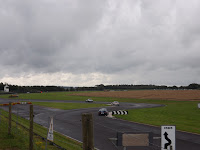 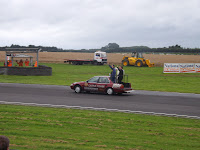 On the same lap Marcus passed Richard Bennett on camp corner. Further back on track Proctor had been making similar moves to Marcus and by lap 7 had caught up. Proctor was soon joined by his team mate Mark McAleer as Marcus passed him on quarry corner. Now in 4th position Marcus was closing in on Ben and constantly managed to hold his place for 7 laps over Proctor who was pushing him from behind. This battle ended when Proctor eventually passed Marcus coming out of the pit straight and into folly meaning Marcus crossed the line in a respectable 5th place while Ben managed a podium finish in 3rd.
Posted by Dominique Roberts at 11:11